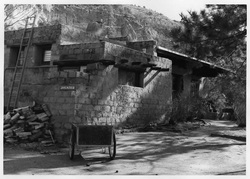 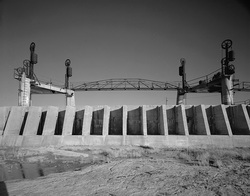 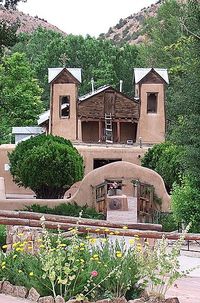 Roman Catholic church, famous for the story of its founding and as a contemporary pilgrimage site
When Mexico attained its independence from Spain in 1821, it kept this territories, until it lost them to the United! States during the Mexican-American War of 1846-1848. These lands, which were mostly unsettled due to the harsh environment and hostile native tribes (Apache and Comanche raids were common until American occupation) became the Southwestern United States, but were kept as territories (meaning no 'State of the Union' status was granted until the late 19 and early 20 centuries). In the specific case of New Mexico, it kept its old name unchanged; only translated from Spanish to English.